Five Reasons GT5 Will Be The Best Racer Ever!... Do You Agree?

Forums - Sony Discussion - Five Reasons GT5 Will Be The Best Racer Ever!... Do You Agree?

The last Gran Turismo launched Octobe 2004. Since then we've had 2 U.S. Presidents, a new generation of consoles, 3 Forza games, and countless Gran Turismo 5 delays. With this year's E3, however, the rumors about the launch of the most anticipated racer...ever were finally put to rest. Circle your calendars people, the next generation of Gran Turismo is coming November 2, and it looks to be the best racing game ever.

When GT4 launched it changed the racing game genre forever. 700+ cars, a career system that rivaled most RPGs, and graphics that pushed the limits of what the PS2 was capable of doing. The game was not without its critics though. People complained about the lack of damage, the rubberband AI that was plain stupid, and the lack of online functionality.

With GT5, Polyphony Digital looks to remedy many of the shortcomings of their previous game, while adding an unrivaled level of detail and depth. Will the final game be the definitive racing experience we’ve been waiting for? Yes. Here are 5 reasons why:

We don’t know about you, but to us GT5 is shaping up to be the best racing game ever released on any console, ever, and it makes us excited. Really excited.

Still would like to know about those "standard" cars. But yea I'm pumped!

16 cars is a huge plus for a racing sim since cars get more spread out compared an arcade racer like the Mario Kart. As far as king of online sim racing I would still have to pick Iracing even though it has some flaws. FM3 and GT5 does have Iracing beat when it comes to graphic or just want to race with some friends.

The rest of the post I agree with. GT5 is looking to be a great sim.

This will be mad, I'm buying a surround system and a Logitech G27 for this game alone!

I'm not a fan of racing sims or racing games in general, but I will be buying GT5 because I believe it has a big chance of making me a fan.


At some point, something must have come from nothing...

...nothing can come from nothing... 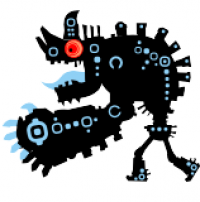 No longer will I have to sneak into my uncle's Ferrari and roll around naked to get my carporn fix. I never got into Gran Turismo 4, but I loved Gran Turismo 3, played it for countless hours. I can't wait for GT5. Notice how physics isn't a single one of those five reasons.  This is more simulation than arcade, but racing simulator it is not.

You think it's not a racing simulator then?