Looks like Wii Party will have an opening more in line with  Wii Music in Japan, than Wii Sports Resort or Wii Fit/Plus. Although Wii Music was releasing during a holiday period, so I'd expet better/longer legs for Wii Party at least through the Holidays. Still a total of around 1 million seems more likely right now thn the 2 million of the other games in the series excluding Wii Music.

White Knight will have a lower opening, true,but it still has a shot at 300k LT... thats not bad for a sequel, mainly because dev cost should be lower this time around

Paul predicts the outcome of.... wkc1 was POS so gud. unless wkc2 was much bettr. 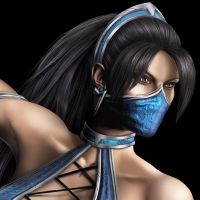 WKC2 is supposed to be much better.

a 5k boost for ps3 is likely to happen

I'm expecting 11million sales for Wii Party, if hyped and advertised correctly over here in Europe I can imagine the epic number of sales it will get.