Three German-built Israeli submarines equipped with nuclear cruise missiles are to be deployed in the Gulf near the Iranian coastline.

The first has been sent in response to Israeli fears that ballistic missiles developed by Iran, Syria and Hezbollah, a political and military organisation in Lebanon, could hit sites in Israel, including air bases and missile launchers.

Each of the submarines has a crew of 35 to 50, commanded by a colonel capable of launching a nuclear cruise missile.

The submarines could be used if Iran continues its programme to produce a nuclear bomb. “The 1,500km range of the submarines’ cruise missiles can reach any target in Iran,” said a navy officer.

Apparently responding to the Israeli activity, an Iranian admiral said: “Anyone who wishes to do an evil act in the Persian Gulf will receive a forceful response from us.”

Binyamin Netanyahu, the prime minister, will emphasise the danger to Obama in Washington this week.

Tel Aviv, Israel’s business and defence centre, remains the most threatened city in the world, said one expert. “There are more missiles per square foot targeting Tel Aviv than any other city,” he said.

Good to know that they'd resort to nuclear weapons. 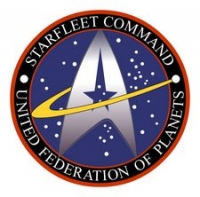 this sums up my thoughts pretty well also.

here's some interesting stuff to read, all are about what the UN has said about the blockade:

OK...you know that the USA does that too with our boomer submarines, right? As well as other countries with nuclear capable subs? I'm actually hoping be serve on one of them once my training is complete. They're call Strategic Deterrence Patrols and are actually pretty good at preventing all out wars.

Not that this has anything with the original topic at hand.

Also, from the AP:

"A spokeswoman for the Free Gaza movement, which organized the flotilla, said the group's goal — beyond just bringing supplies to the impoverished territory — was to shatter the blockade."

So there was a bigger motive, which was to forcibly break the blockade imposed by an armed force. They Israelis basically fell into their trap. Unfortunate.

Overall the whole situation over there is just terrible!

Shio, I think you should reread some of the people's counter-arguments again, because I don't know what I'm reading about anymore.

OT: It seems that Israel at least had some rights to do this, since the boats intending to break the blockade and they said they gave warnings for the ships to change direction and dock in an Isreali port. But Israel could've handled it different, in the end they did end up killing civilians.

those individuals were as much civilians as the taliban are.

not to mention that the Blockade is an abhorent thing for Israel to be doing in the first place, read the links I posted, the UN has repeatedly condemned them for it.

The blockade on Gaza Strip is inhumane, it shouldn't even exist. The IDF did everything wrong, and now I hope they'll pay some price.

Everytime I read about how the israeli government treats Gaza inhabitants below dogs, it makes my blood boil.

i was just reading an AP article that was saying the two pistols the terror activists had were taken off the viciously attacked israeli commandos. its good that the israelis only boarded with paintball guns and pistols....had they brought their assault rifles many more people might have ended up being killed.

its just too bad that these terror activists had been on this vessel rather than more peaceful activists and causing these deaths.

Too bad the israeli soldiers decided to bring the real guns and kill 19 activists.