Indeed, decent start for MH3 in the UK. Nothing too spectacular either but better than I expected (ranking wise cause have no clue of the actual figures).


Elaine: I will never understand people

Jerry: They're the worst.

Rockstar/Take2’s ‘Grand Theft Auto: Episodes from Liberty City’ remains at No3 thanks to the release last week of PS3/PC versions (-31%) and Nintendo climb one place to No4 with ‘Wii Fit Plus’ (-3%). This week’s big new entry at No5 is Capcom’s internally developed ‘Monster Hunter Tri’ on Wii, the most successful version of this franchise so far in terms of launch sales / position on the All Formats Chart. ‘Monster Hunter’ was first seen in the UK on PS2 in May 2005 and this was followed by 3 PSP versions (Monster Hunter Freedom, 2006 / Freedom 2, 2007 / Freedom Unite, 2009). The only other new entry this week is Namco Bandai’s ‘Dead to Rights: Retribution’ at No22, developed by UK studio Volatile Games (a division of Blitz Games). This is a first next gen outing for the franchise - ‘Dead to Rights’ was first seen in 2003 on PS2, Xbox, Gamecube and PC (developed by Namco) 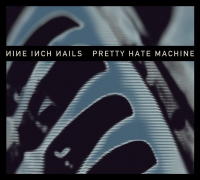 there is still hope.

good xbox 360 software sales in UK and others

MH Tri is sandwiched between Wii Fit Plus and Wii Sports Resort, so that's about 20k. Nier bombed, hard. Decent Sales for monster hunter in the UK. Hopefuly it will have legs

how many days did Monster hunter tri have to track sales? It came out the 23 in pal regions right