Locked: What game would be the PS3's best match against Halo:Reach this fall?

Forums - Sony Discussion - What game would be the PS3's best match against Halo:Reach this fall?

What game would be the PS3's best match against Halo:Reach this fall?

i think the only think sony has that even has a chance is GT5 other then that none of the games in that pull has a chance of even getting half the sales reach is going to get so i never voted, and i hope by calling halo a dying franchis was a joke or else your going to be proven sadly wrong when reach launches, and copying kilzone lol, wasn't the original killzone made to be a halo killer same with part 2.. ya that worked out well for them...

Everybody wants GT5 just as much as everybody wants Halo Reach, so there's your answer. I can't think of any other game (exclusive) battling it out with that franchise. Maybe some kind of unexpected surprise by the end of the year? so kind of "move" revelation? I HIGHLY doubt it. I put my money on GT5 outselling Halo Reach.

Gran Turismo 5 and nothing else. 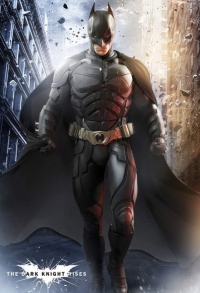 Dude seriously? When i read the title of this poll i immediately expected GT5 to be IN the poll. And the Ps3 doesn't really need a game to compete with Halo: Reach. I mean look at all the big titles Sony released during the first quarter. And what was microsoft doing while Sony releases MAG,HR,WKC,GOW3,MLB10:THE SHOW,FFXIII(sold better on the PS3 but w.e),SO:TLH, Yakuza 3 and a couple others? They did release Mass Effect 2 which was great but what else did they really have? Plus Sony still has MNR, GT5, SOCOM4 and im sure they have some games for E3 just like MS does. So im guessing the real question here is: What does Microsoft has to compete against Sony besides Halo: Reach? I'll be saving my cash for Gears 3. That's where the real value is going to be. Especially since most of my friends that play the Xbox think Gears>Halo.

Typical Fanboy answer i am expecting: "Microsoft doesn't need anything else because Halo: Reach blows Sony out the water!"

i dont even like the 360 but the games you listed for the ps3 are a joke for this thread (albeit good games) they are not even in the same league sales wise as a halo game. its like listing five platformers from the 360 and asking which one which one will compete with a mario game...it just aint happening

i think killzone 3 or resistance 3 could sell huge numbers with the increase in ps3 sales, imo both games should sale like cod What game would they copy?

The only game Sony has on its roster that can sell in the same league as Halo is GT, and oddly enough you left it out of the poll. All those games combined will struggle to outsell Halo: Reach.