Why are ps3 exclusives sellig so badly compared to xbox360?

Forums - Sony Discussion - Why are ps3 exclusives sellig so badly compared to xbox360? 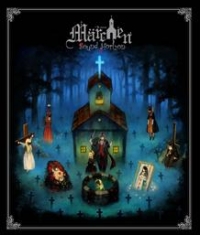 Did you look at the software chart lately?

Still PS3 has been rising steadily since its launch day according to VGCHARTZ sales number,that says quality really means a lot. Well actually, in America (where piracy is lowest), where the genre is the strongest, the attach ratios for MW2 are the following:

And lately the PS3 sells more MW2 than the Xbox360 if compared to the total consoles sold so far.

So they are on par.

What I see is that only Gears and Halo sale good on the 360. PS3 has more which is why most don't sale the big numbers. It happened with some games during the PS2 and PS1 days also. PS3 just have too many good games to choose from and some people can't decide what to buy or don't have the money to buy them all.

True, but not that important. Attach rate goes up with time as console owners of old accumulate games, and the 360 had a full year-to-fifteen months headstart over the PS3. Putting in a few numbers we can calculate the average number of games bought per console per week of ownership, calculated as 2*attach ratio/weeks:

If I publish a new game today, this number is more relevant to project future sales for each region and platform than the "naked" attach rate, again because the attach rate is an historic total but not an estimate of the current sale speed. The numbers show that on average I can expect slightly better future sales per install base console on the PS3 in America, and quite better in Others. In the end the conclusion is that if sales are lower then you'd better blame the install base than the like of attach or tie ratios.

NB: this number is -of course- an incredibly rough average over all software sales, especially useless when we talk of big hitting exclusives, but still not more so that the attach rate and actually more statistically meaningful.

Halo and GOW franchises add up to 40M by themselves, if not more. I can't believe you have counted ALL of the exclusives, I can go ahead and throw in some of the 360 exclusives that no one but me has ever heard of, Shadowrun for example, then numerous JRPG that have been released over the last few years to make it seem like the exclusive list on 360 is long, but alas, that would be misrepresentation. In my personal opinion only those that attain more than 1M sales can be considered a success. gears and halo are very popular in usa.
xbox360 is the most popular console in usa.

And microsoft has a much better marketing scheme!

and of course. the multiplayer makes sure everybody keeps there copy. no second hand sales.

Things don't look so bad when you look at more than the top two selling franchises...