We all know Nintendo is getting into the habbit of releasing new versions of Pokemon games a couple handheld generations later. Leaf Green/Fire Red for example. So 10 years from now, on the successor to the 3DS, what will Black and White be released as?

So what's your guess?
And keep your guesses TASTEFULLY offensive! 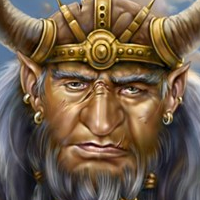 Shadow Black, Light White or something that is similarly elementally compelling.

Anything but Ebony and Ivory. *shudders*