A better way to get what you want after 3.21

Forums - Sony Discussion - A better way to get what you want after 3.21 I'm fine with removing the feature to cut out piracy, but I want a something in return for what they are taking away. 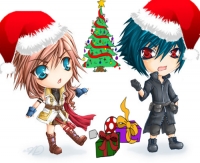 Not true in the EU mate.  EU law overides any TOS or EULA.  I was sold a machine that played online games and was open platform.  Sony are taking away the open platform part (which they said was ok here: http://www.playstation.com/ps3-openplatform/index.html )

"· be fit for the purpose which the consumer requires them and which was made known to the seller at the time of purchase."

Well Sony have just broken that agreement and I want something in return.

I will be taking this to trading standards, but before I do I would like some voices behind me - Help me out http://usersvssony.blogspot.com/ - http://www.facebook.com/group.php?gid=110549712296723

Wht are u fighting over something so useless. U want to use OS get a computer man. I could care less about the OS I got the ps3 because if gaming u want both get a 2500$ computer that's all it takes. All I see is pirates fighting for these which makes me sick

orrrr u could be like the other 30million ps3 owners who dont use other os feature...

I know, I know and so do I, but about demanding something back... one does not simply walk into Mordor, you know?

SO basically you could care less that they are removing the feature you just want something out of it because other people are getting screwed over? Makes........sense........... i was looking into linux today. it actually looks really cool. It also has a pretty fast browser. Im kind of upset they are taking this away.

It still does everything that was made known to the seller at time of purchase. Not in quite the same way, but your argument would never stand up in any form of legal case. Under Sonys terms of service they have the legal right to drop support for PSN, and change PSN at will, and that is all they have done. Your hardware has not been changed, you can still used it as stated.

Also, haven't all the OtherOS supporting PS3s been discontinued? This certainly won't help your case, lol.