3 Games that can show what the PS3 can do

Uncharted 2 (Amazing visuals and animations with brilliant physics and set pieces not seen before)
Killzone 2 (Good use of rendering techniques that take advantage of PS3 architecture + very good A.I)
Heavenly Sword (sheer number of units and the AI being cleverly optimised for the Cell processor) 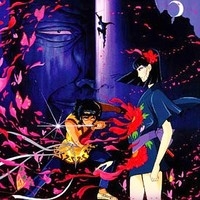 Uncharted 2 (Best graphics I've seen on a console thus far as far as the full package goes, also showcases that a game that has amazing graphics doesn't have to suffer in other aspects)

I would pick Uncharted 2, GOW3, and for the third one, something very different, like Flower, to show more different stuff

Have we not played God of War III yet Mr. Torillian?

I did, hence why I said "full package" since God of War 3 definitely has the best looking single character (Kratos) but the rest of the game is not as good looking as Uncharted 2 and has obvious blemishes where as U2 had none that I noticed.

Did you not look at the environments closely? Sweet Jesus, they look absolutely stunning, bump mapping everyhwere and much more anti-aliasing than Uncharted 2. Ah well, I guess it's all on preference.

Dude....I know it is rare for me to talk about graphics, but GOW3 had way better graphical models than U2. The enemies graphics were brilliant all the way down to Zeus.

The first Uncharted, for its time spoke volumes, same with Ratchet & Clank ToD. That's 1 full year after the PS3 launched, a little late indeed, but not much when you consider the 360 only had Gears (as exclusive) and then had to wait for Gears 2 to get more of the same (no, Mass Effect and Halo 3 are not technically impressive).

I wish to add, none of those games are quite possible on multiple discs, perphas you could do it for MGS4 ("maybe"***?)... the others are just impossible.