In US football, the blockers block the assigned player, the runners run the assigned course, the catchers too... really the only thinking head is the QB, it's an army under the comand of a general.
In soccer, there are plays and tactics too, but they are not as strategic... however, the courses are decided by the players, the positioning too. You can have a playmaker, but he has to watch the game, not rely on what is planned. Soccer requiers actual thinking.

Saying your godly QB can think 4 moves ahead just shows how scripted US football is, there is a lack of individuality for the players.
Soccer cannot be done this way, a team only runs well when you have players that thinks and analyse the filed every second.

The other difference is that besides for the QB, what makes the quality of a football player is his physical ability... in soccer, there are many examples of physically lacking people that can compensate with skill and quick minds... and these have one of the most enjoyable football to watch (think small argentinian men....).

In any case, having played extensively US football, rugby and soccer, I can tell you that although it's fun to crush a guy with sheer physical strengh or catching a perfect pass, it's much more satisfying to be part of a well oiled play that just came from the quick thinking of 3-4 players. (one could argue that rugby can fit this description as well). Now if you're a QB yourself, then I can understand that you prefer US Football... you're the star and the one that decides, it's fun.

Someone's never heard of an option.

Your description of American football is extremely oversimplified. Peyton can predict 4 plays ahead because he can read defenses better than most. What they are doing isn't "scripted" aside from those on the offensive and defensive lines. Every other position requires extremely quick decision making skills. For example, a wide reciever on a sideline pass, in addition to making the decision based on the option, will also have to try and fool the defender to have much chance of catching the ball, and if it's close to the sideline it will take a concious decision to catch that ball in a way his toes at least scrape the grass in bounds.

For a running back any number of quick decisions have to be made on any given play. Same with a tight end. Reading the blitz can, to some extent, be handled by the quarterback, but if he misses the blitz it's up to the backs to pick realize that and pick it up. On defense you have to deal with play fakes, options, false blitzes and real blitzes, single/double coverage, etc. On special teams you have all the punting options and return configurations.

All of these are the kinds of decisions you can't plan for. Things that have to be adjust in an instant during play.

Also, I prefer playing soccer to every other sport as well. I just prefer watching football. Yup pretty much this. You could also add that there are significant differences in how different are the strategies of leagues in the world. I personally dont like the Calcio or the Bundesliga, i enjoy more the English Premier or the Latin American Leagues. That may be biased as I'm from Colombia.

The thing that I dont really get is them calling it Football. Its just, .....no. I have to admit i've never seen a complete American Football match. I do have seen Rugby League and Union, and also AFL, (this rant also goes to aussies calling AFL footie, but hey! they actually kick the ball, not only for penalty shots)

It's called football because it got the name for Rugby Football, back in the late 1800s when it was first created. Which, btw, was not long after the invention of Cambridge Rules for soccer. The sports are nearly the same age.

if it's just for whatching and not playing then i can't oppose any arguments to that.

for the history of the name part you can check wikipedia... though I found the english version kind of lacking compared to other languages.

Notice how there are no national teams anywhere and that they hold their own "world championship" in this sport. It's a joke, and the world is laughing.

I believe everyone here agrees with me when I say... 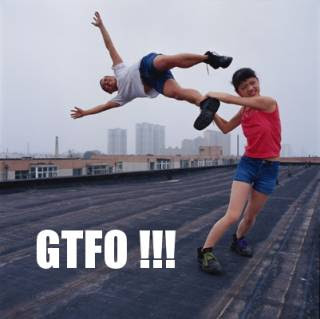 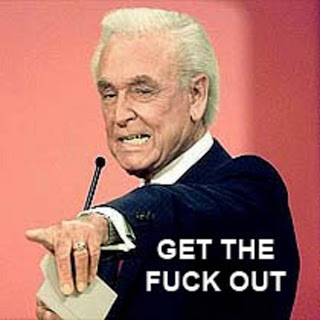 lol, jk Euphoria you know we love you (except you and your Canadian loving ways AKA hockey)

Poor Bob Barker... I think someone forgot to spay and neuter the sports talk... :P

Actually its more because there's so many variations of the same sport, no one could play other countries because they have differences in how they play the game.  Soccer however is fairly universal in how it's played, there isn't much you can do to change it up.

For me I do side with soccer here, though I'm biased since I love playing it and watching it, and I think pro football is rather boring (most pro teams seem to lose the passion with the exception of a few teams like the Saints), yet pro soccer is entertaining as hell.