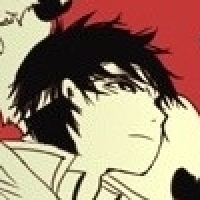 Yo, whatcha been up to? Haven't heard from you in a while.

Same reason I left for Alchemist below - nothing of interest to post on. I've been playing some games and haven't had much interest in the forums lately. I'll be around though, thanks for asking.

Ah okay, gotcha. I get that way sometimes too. You do you.

For some reason I felt like I hadn't seen you a lot lately. Guess I jinxed it cause i've seen you in a lot of threads. Hello? Welcome back? Maybe i'm just crazy lol

Haven't seen a lot of things I want to post on. Too much circlejerking going on for my tastes. So thanks! Good to see you.

God forbid, people get together on the internet to talk about what they like.

It's good to see you too, Hynad.

Wright posted something on IkePoR's wall:

Raven posted something on IkePoR's wall:

Congratulations on coming in 1st in the 2017 Nintendo Metascore League! http://gamrconnect.vgchartz.com/thread.php?id=223011

As I said on Discord, I forgot to give you guys your prizes for winning so here's 1 month of Gold Supporter status as congratulations for coming in 1st place!

A BRAWL IS SURELY BREWING

What is your avatar from, if I may ask? If I were to spitball, I'd say Tetris: The Anime =p looks awesome!

Hey thanks, it is awesome! We can only hope for such a thing as Tetris anime. Honestly, I found it when searching for Splatoon images and stuff for someone.

I cross referenced it and turns out it's by some bloke named NOEYEBROW, who does lot of "candid schoolkid"and "imagination" artwork. Think we know where this one falls under :D

Haha that's awesome! Great style of drawing for both of those themes

In fact, I like his style so much, you've inspired me to change my own display pic. Cheers!

And that's an awesome one, nice choice ^ ^

Raven posted something on IkePoR's wall:

Congratulations, you were the only user to make the correct prediction for the final Metascore for Fire Emblem Heroes! http://gamrconnect.vgchartz.com/thread.php?id=223011

I was actually looking for this thread haha. Thanks for letting me know. Great effort with this btw ;)

John2290 posted something on IkePoR's wall:

Part, not full blooded. From my grandad.

So you don't live in Ireland? The way you write is very Irish.

Love the sig Wario, Looks hand drawn would you mind where you got it or did you actually create it yourself?

Glad you like it dude. I didn't create it but it may be hand drawn. I found it here on accident and with how much I like Wario, I couldn't help but use it :p

Haha, the lightning charge running across his Mustache in the 3rd gif is awesome, all charged with Garlic and ready to go!
And those are really cool the way they're made... I wonder is it hand drawn... or just a great effect that looks like they are.

It's beautiful isn't? :P I want nothing more than a new Wario Land with some insane worlds and gameplay only a Wario game can achieve.
It's interesting for sure, if you look at his tumblr you can see more of some really nicely done art.

Did you play Shake Dimension on the Wii? I've heard from mates that it's a fantastic title but I've not gotten the chance to play it yet myself. Last Wario games I've played through was Warioland4 on the GBA and WarioWorld on the GC, not including all the Warioware games of course, those were amazing.

Shake Dimension is actually really great. Gameplay is just a bit slower due to the stages being larger, but in terms of purity, it's an amazing addition to the series.

Music is great and the hand drawn graphics alone are worth whatever price of entry there may be. There are few characters, as to be expected, but Wario's personality is really well done. i.e the Smash toilet humor isn't present but he's still very entertaining :p

Is your name literally just "Ike Path of Radiance" ?

Creative huh? I go by IkeFE on other sites,

No doubt. I've been watching it on youtube sporadically. :p

I had an epiphany the other day and finally understood your nickname.

And now I'm afraid I have to kill you.

Who's that guy in your signature?

amp316 posted something on IkePoR's wall:

I really love your avatar. That was back when smoking cigarettes didn't cause cancer.

And only the smoothest cats knew the hip lingo, daddy-o!

No Shovel Knight on WiiU in Europe? Booooooo!

It IS unfortunate. Hope it comes soon :/

The 3DS version has both StreetPass & 3D.

Thanks! Glad to be here.

IkePoR has 18 friends (view all)

IkePoR hasn't added any games yet!