As the first debate is upon us and my last post about this is two mmonths old now, I thought about updating the informations.

As for addditional information consider this:

I included all running candidates considered major from at least on source and additionally Stacey Abrams (as she uttered interest) and the withdrawn candidate Richard Ojeda.

First off I list the debate qualification. I add if they qualified via both criteria, or which one if only one. The criteria are:

For the third debate only polls are considered that are taken after June 28th (Friday). Also note that for the first two debates it is enough to meet only one of the criterias, while for the third debate both criterias have to be met. As for the second debate already 21 candidates are qualified, the tiebreaker rules will be applied for that, so the ones only qualifying via polls should feel unsafe.

I have then collected data about the polls. As so far no qualifying poll exists for the third debate, only columns for the first two debates are included. But a column for polls above 2% is included too, to get a feeling who might have a shot to qualify at the poll-criteria.

Same for the donor-criterium. As these numbers are self-reported I add the date at which the milestone was reached.

My sources for the information about the criteria are 538 and Wikipedia.

Finally I have listed nine organization and which candidates they consider major (by including them in their listing): 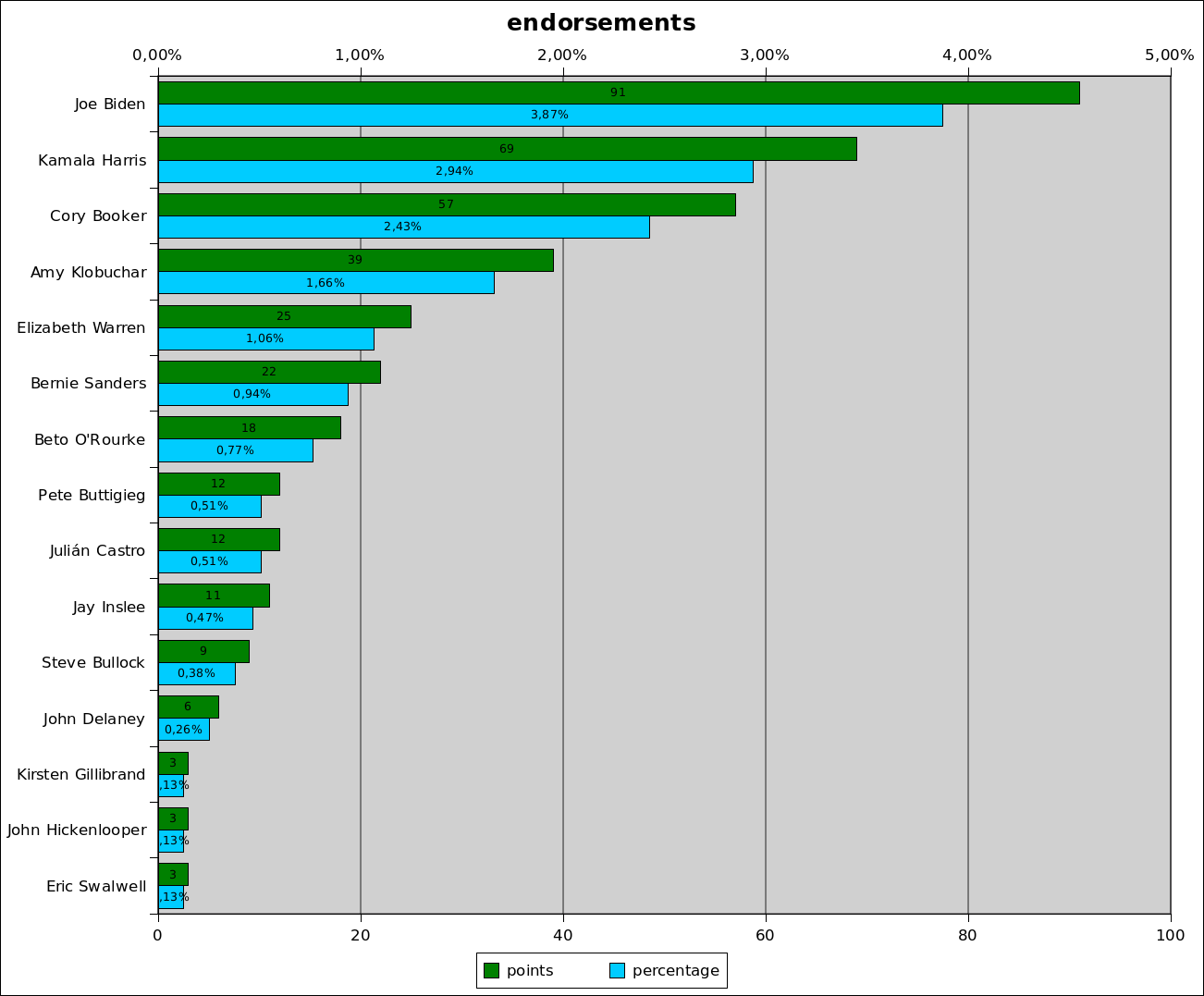 For this I take the data from the 538-endorsement-tracker. They apply each office a point-value, based on importance. The above graph shows the point-value of the endorsements and a percentage of the complete pool. Overall just 16% of the possible endorsements are taken, so there is room for change. Maybe the debates will bring in new endorsements. 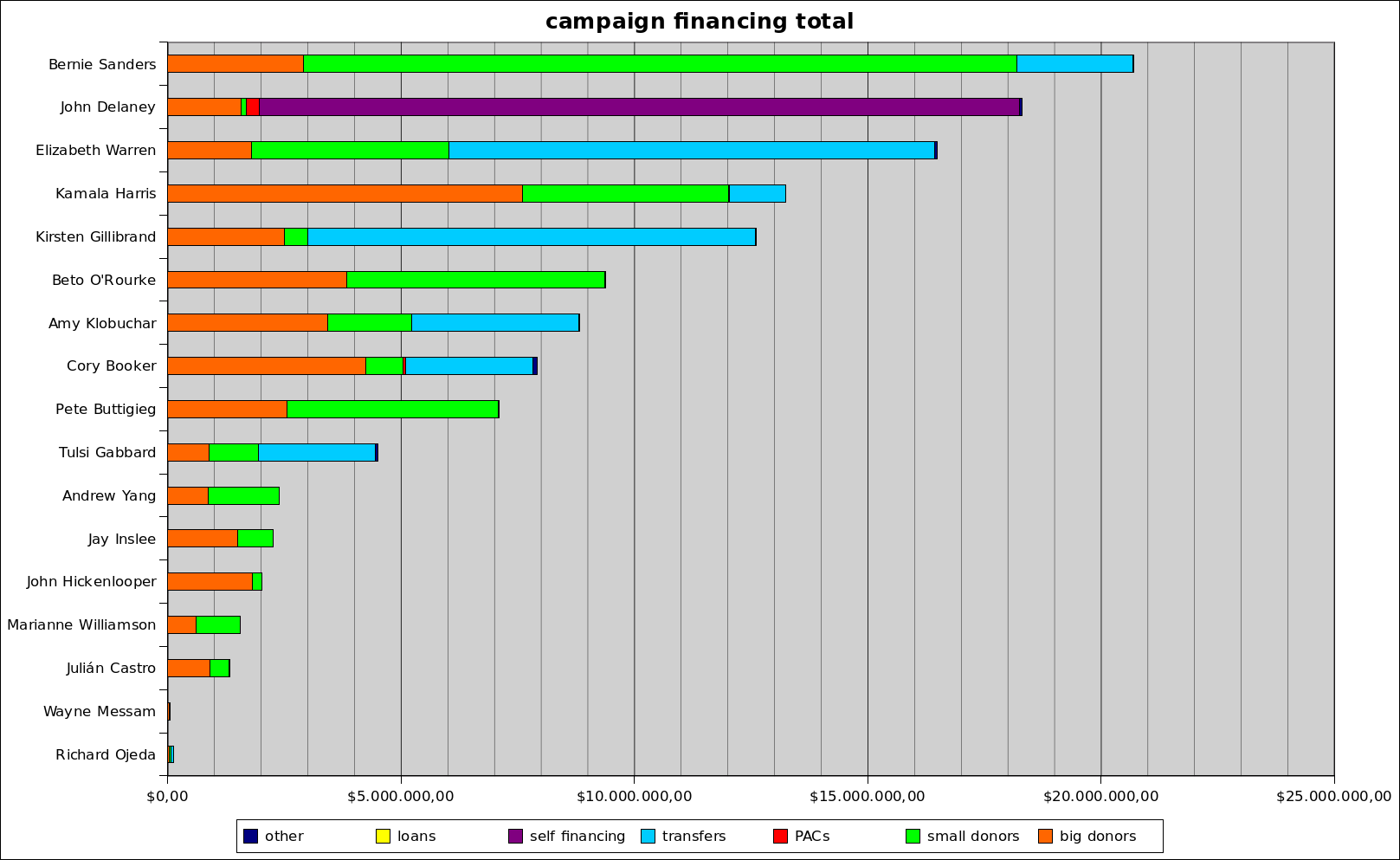 The data is from Wikipedia, or more precise I followed the links at Wikipedia to the FEC-listing for the finances of the single candidates.

538 tracks the media coverage of the candidates in cable TV news and in online stories: 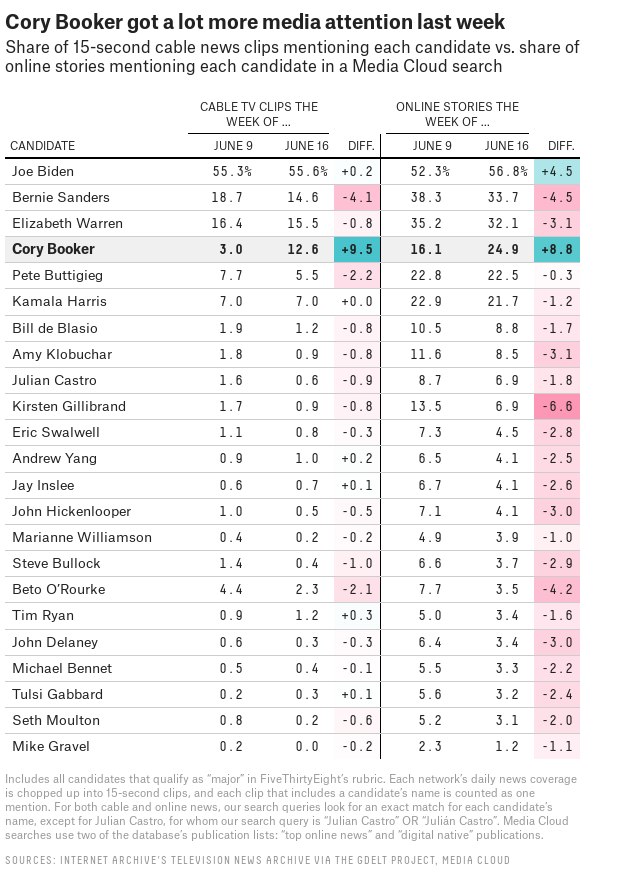 And last but not least: the polls. I created a weighted average of the poll-tracker at 538 and took the average from Real Clear Politics and 270 to Win. 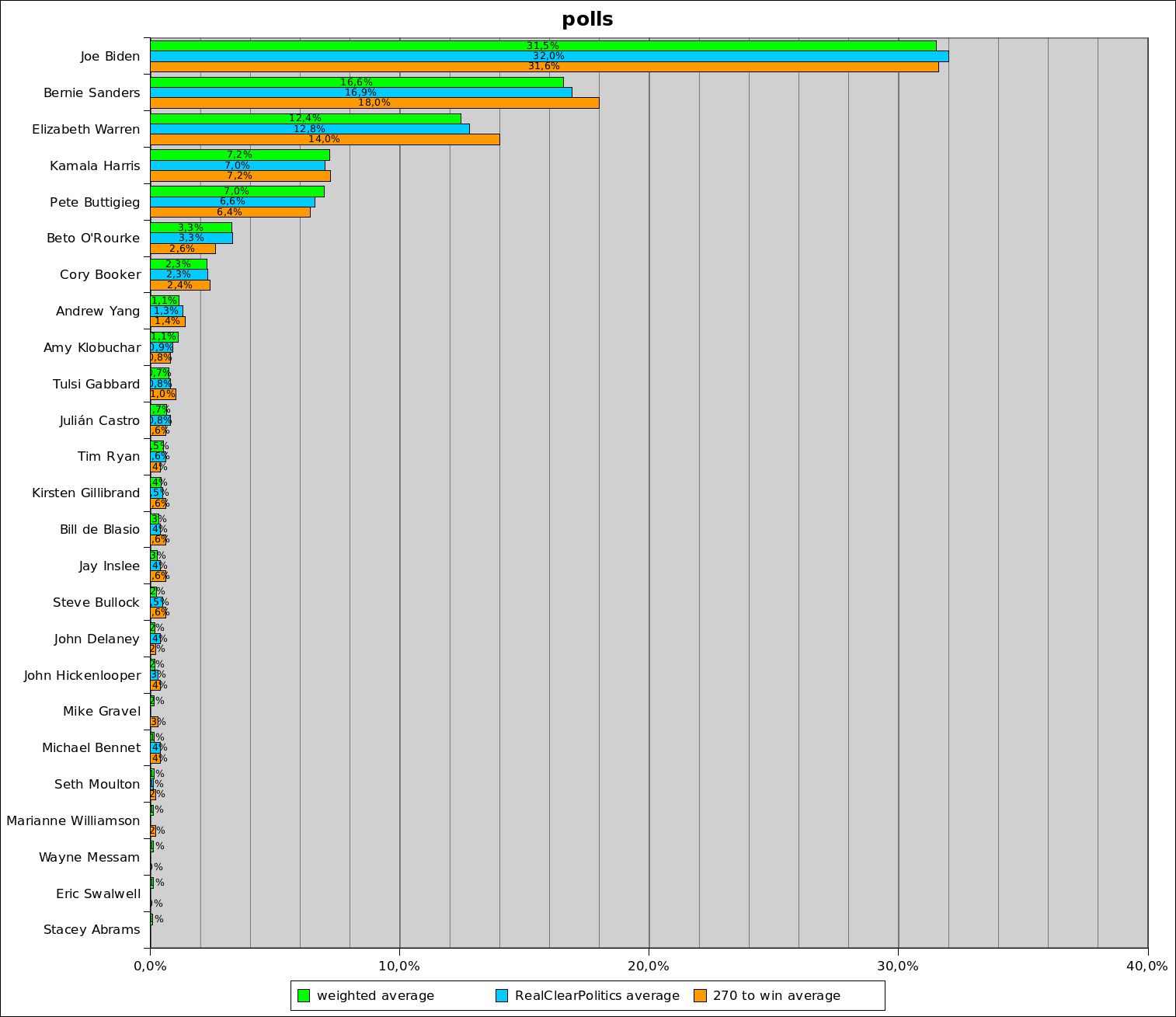 Well, I hope this little package of information helps you to enter the debates this night with all you need.