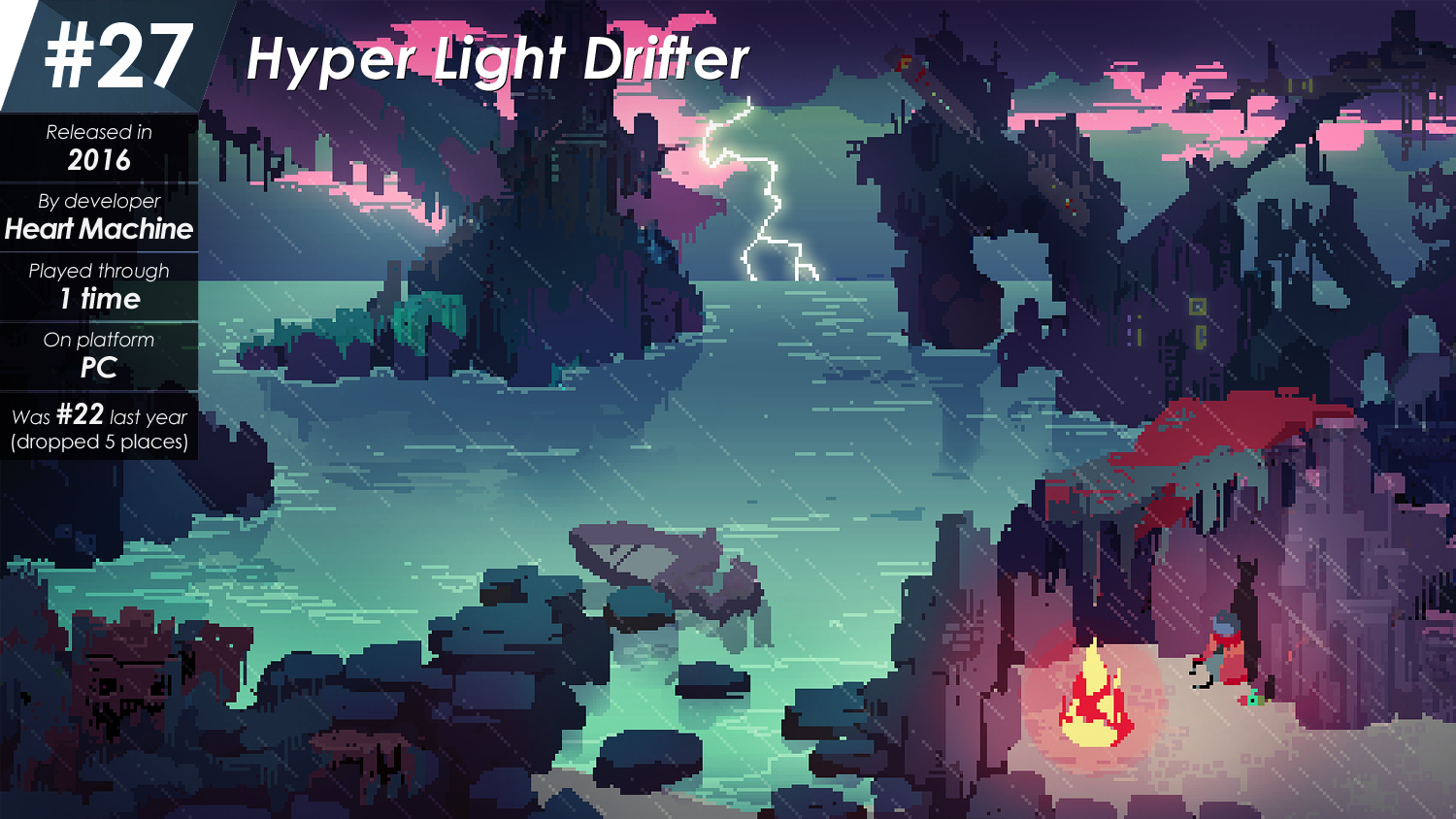 When I first beat this last year, I imagined it'd be one of those games I'd replay at least a handful of times, but that hasn't been the case, and looking back, it's quite obvious why. This game is heavy, oppressive even. Playing it can be fun, but man it does affect you psychologically. So, yeah, maybe that's why it's remained only as a memory as I haven't touched it once since that single playthrough.

Regardless, it was such an unforgettable experience. This is one of those games that instantly draw you in with an intense atmosphere, and by explaining everything to you solely through visual hints, it makes the whole world feel mysterious. You don't know what you're doing and why you're doing it throughout most of the game, but that doesn't matter because you want to know. You want to understand it... and maybe, at the end, you'll still be mostly confused, but it's still a truly impactful experience. For what it is, this game might just be nearly perfect - it's just a bit too much to bear, and I guess I prefer slightly lighter games.