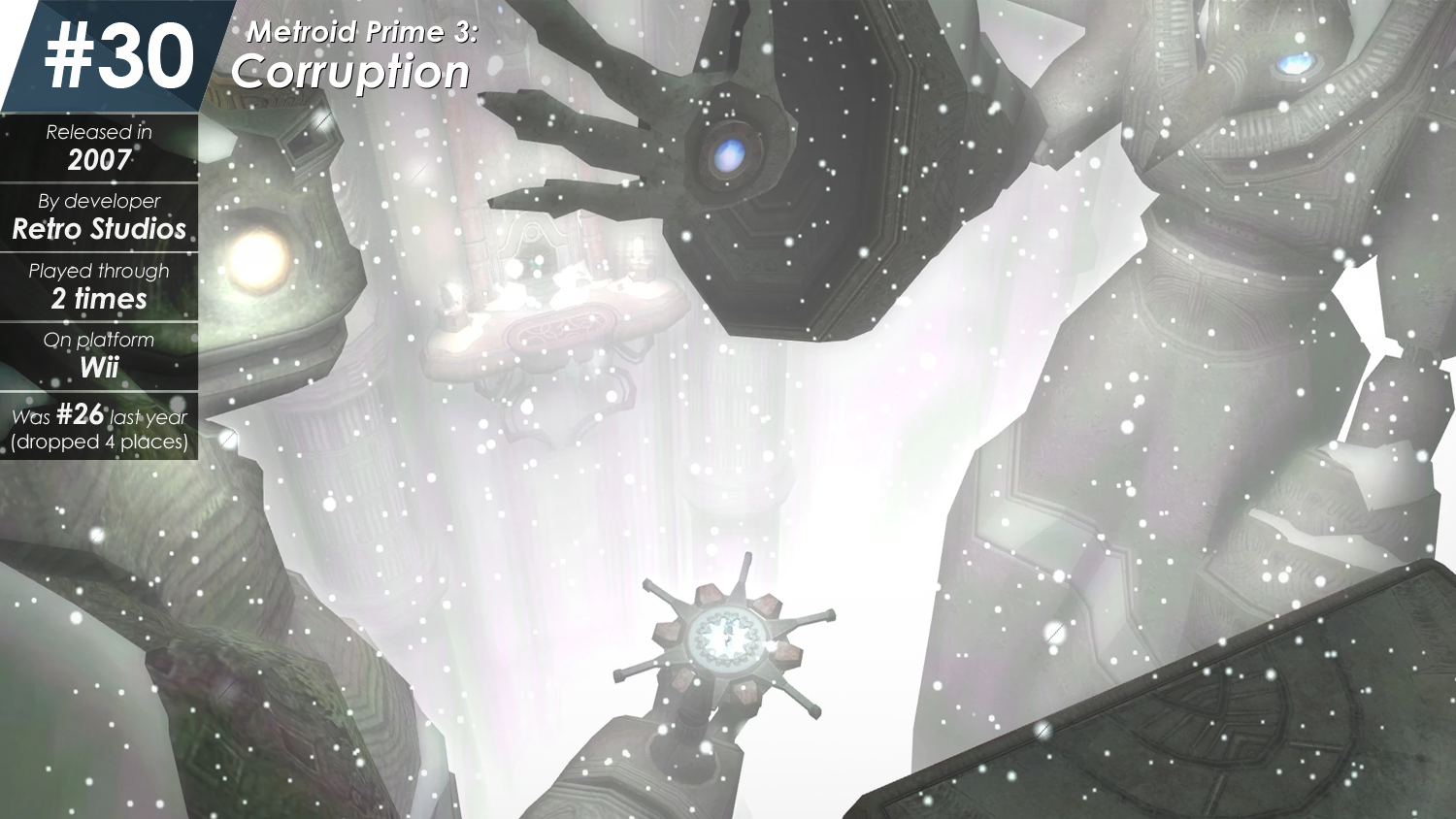 One of the things I love most about Metroid games is how they usually start out relatively slow, and then become more engaging and more fun as they go on. Metroid Prime 3, well... it doesn't do that. Instead, this game kicks out all guns blazing with some breathtaking moments during its opening, culminating in a truly unforgettable boss fight. After this, the game properly begins, and well, from then on it just becomes progressively more boring, as each planet you visit is noticeably less interesting than the last, and your experience is constantly pestered by some of the worst designed bosses I've had the displeasure of facing. By the end, you're just kinda done with it, and that's never a good sign.

It does feel to me like this game was originally going to be based on a single planet (like any other Metroid game), because of how much more content and lore there is around Bryyo than the other locations you visit, but Retro Studios must have eventually decided they wanted to go big and fulfill the dreams of an interstellar Metroid game - which, if they did, just came to show how that wasn't necessarily a good idea. By separating the gameplay between several different planets, it just made the whole experience much more fragmented and far less immersive, while also making the game far too linear. Despite its flaws, though, this is still a great game and a very respectable ending to the incredible Prime Trilogy, even if it is by far the least replayable out of the three.