Oh no, another game nobody guessed. It is the original UFO: Enemy Unknown. In America this got the title X-COM: UFO Defense.

This is a turn-based strategy game and starting point of the X-COM-series. Back then I was very impressed. I remember one evening I was playing the game with the mindset: just one more UFO. Then suddenly I realized it got bright on the outside and birds started singing. I had pulled an all-nighter. 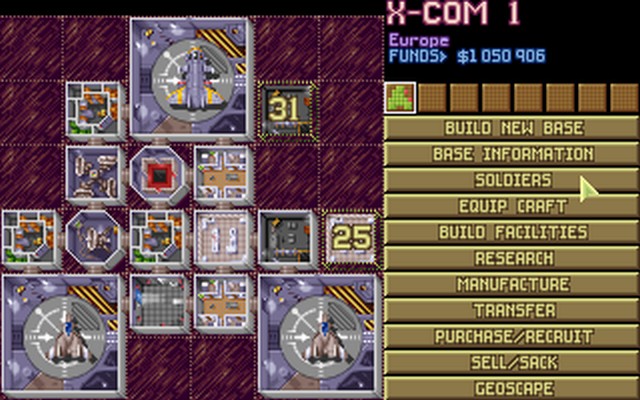 The game offers a lot: you manage your bases in real-time, getting scientists to work, build new structures, let engineers build new weapons and so on. If you register an UFO you follow it and try to shoot it down or wait for it to land. In either case you send in your troops. 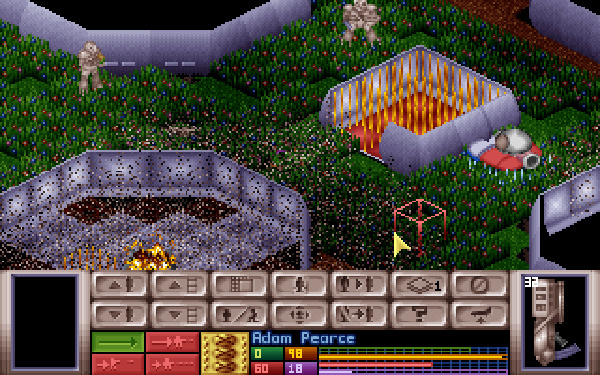 And this part after landing can get pretty intense. You get shot from so far unseen aliens out of the dark. Or a chryssalid walks up to your troops - that miss with their automatic reaction shots - and guts your soldier. These things had seemingly infinite move-range. Or the sectoids suddenly controlled one of your guys and he started to shoot his own people.

The feeling of accomplishment though if you had gotten through a mission victorious was pretty big. And you could haul back all the alien stuff you found and analyze it with your science guys. And make new weapons from it. Bwahaha, take that aliens. 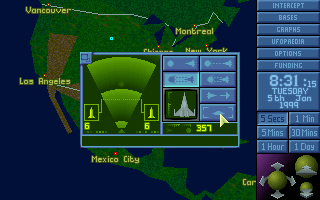 Playing it today is easy enough. It is available on GOG and runs with Dosbox. Alternatively there is the project OpenXcom, that tries to make it runnable on newer systems. That also includes higher resolutions, but as the controls keep the same pixel-size, the resolution upgrade is mostly useless. OpenXcom introduces Mods though, and there is some interesting stuff. So I recommend to play the vanilla game with Dosbox and after that try out Mods with OpenXcom.