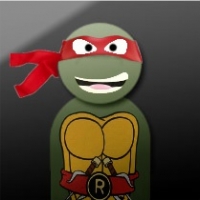 I do agree with the FPS > visuals

But on the other hand I feel that FPS on consoles is not as important as it is on PC. First because the controls on consoles are just subpar for shooters etc. (racing games is another story)

Secondly well..... I dunno why. I have Star Wars The Force unleashed on 360 and on PC. The PC version is locked to 30FPS and the 360 version is probably the same or even worse at times. Yet it didnt bother me when I played it on 360 and does really bother me on PC.

No idea why thats the case.