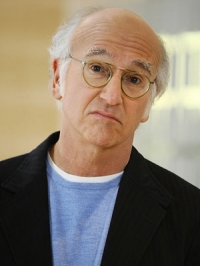 Resistance. Don't get me wrong, I still think it's a good series, but it could be sooo much better, the alternate history and environments that the game is set in is really interesting and very cool, it's a shame the games play and act like the average shooter. Resistance 3 does look like it's going in the direction that I want it to, but I haven't played it yet so that is based on the first 2 games.

Pokemon. I'm tired of the top-down view and repetitive battle scenes, I want a full 3d huge open world and I want to play as the pokemon in the battles. In terms of scale, think Skyrim. I don't want it to be an MMO, I want it to be a single-player action RPG. It could be amazing, but I actually wouldn't care, since if nintendo were going to do this, the WiiU is the best machine they have for it, and I'm not getting a WiiU. This is why I want Nintendo to be devs and portables only (Although portables won't last long), no more nintendo home consoles. I want Pokemon and Zelda on Playstation 4.

Also, Dead Island. I don't think I need to explain.

That's all I can think of for now.

EDIT: For Pokemon, I want the first 150 or 250, they are by far the best pokemon imo, and too many would probably not work well, I'd rather have 200-ish well thought-out, detailed and balanced pokemon, than 500-ish half-assed pokemon.