Rumor: Proper Paper Mario on the way?! Oh and Metroid too!

How EXCITE are you?

Most of Int Sys should be either working on a Paper Mario or something like Wario Ware, since most of the studio didn't work on Three Houses, only a handful of key people. As far as dreams with Paper Mario, one with the structure and pacing of 64, the story of Super and the presentation in art direction and music from Sticker and Color Splash would be a perfect mix for me.

As far as 2D Metroid, well some year a rumor about it is going to land and I'll be pretty excited when it happens. A proper Paper Mario? Don't get my hopes up.

I really hope this is true, Metroid and Paper Mario are one of my favorite franchises of all time. And this rumor does sound somewhat believable cause at this point Nintendo pretty much released so many games on so many different franchises so quickly on the Switch, we already got 3D Mario, 3D Zelda, Mainline Kirby, Mainline Yoshi, Mario Maker, Mario Party,2D Zelda, 2D Mario(Sort of), a Mario Kart, Mainline Fire emblem, Hyrule & Fire Emblem Warriors, Luigi's Mansion, Mainline Pokemon, and Animal Crossing soon.

At this point the only game franchises that Nintendo has yet to make on the Switch is Pikmin, F-Zero, Star Fox, Metroid, Paper Mario, Mario & Luigi, so Paper Mario and Metroid do have a shot at getting some sort of release this year on Switch, and a Pikmin 3 port has been heavily rumored also. So let's just pray its true.

Forget Mario kart 9 on switch or that it needs a hardware revision (though a real switch lite would help). It only needs games and a price cut. 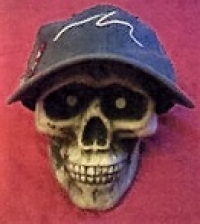 I can't imagine MK9 happening until MK8 Deluxe sales start slacking off or we get a new console.

With Mario and Luigi's developer shutting down, it makes sense that they'd make a more RPGish Paper Mario. Hopefully the rumor is true. A 2D Metroid could be a nice holdover since Prime 4 will probably be at least a couple of years.

??? Don't we already have a Switch lite?

BotW2 and Odyssey 2 are likely out this year. I would consider Animal Crossing AAA, and if not, it's better than 90% of AAA games anyway, so it makes me happy. Pretty sure No More Heroes 3 is AAA as well and out this year. At the very least we should wait until E3 before saying Nintendo doesn't have anything this year.