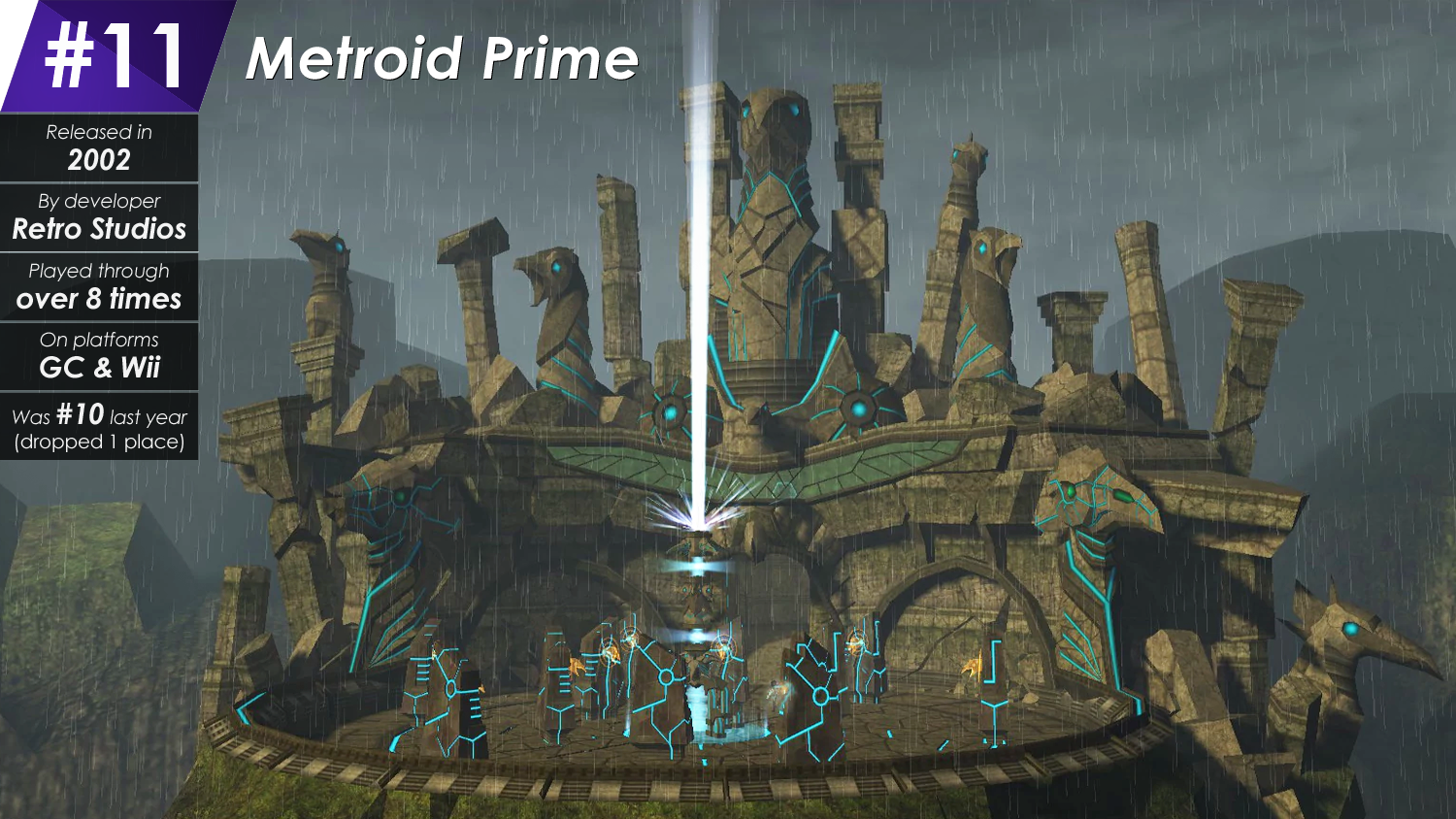 Absolute immersion. Metroid Prime is one of those experiences where you just feel like you're in there, exploring the world of Tallon IV yourself and feeling everything Samus does. Everytime you open a door to somewhere you haven't been before it's a moment of wonder and discovery, and very often, also a moment of tension because of the dangers of the unknown - and the game makes sure to throw you off every so often, with certain rooms you once thought were safe suddenly being filled with much tougher enemies, or enemies you thought you knew how to beat becoming much stronger. This game isn't quite that hard actually, but because it's so immersive, it's impossible to not feel that tension when you're about to face a boss or head into a dangerous late game area, because even if you know it's just a game and you'll get through it no sweat, you just don't feel that way. This game certainly only gets more unpleasant the longer it goes on - some of the final areas are downright disturbing to be in -, but the way the game makes you want to get through the unpleasantness is what ultimately makes it so brilliant, and by the end, some of the last bosses are just breathtaking, with the final battle itself being one of the most unforgettable moments in gaming for me (personally, because I got through with very low health and it was just really intense). Just make sure you're playing on Veteran difficulty if you're playing the Trilogy version.