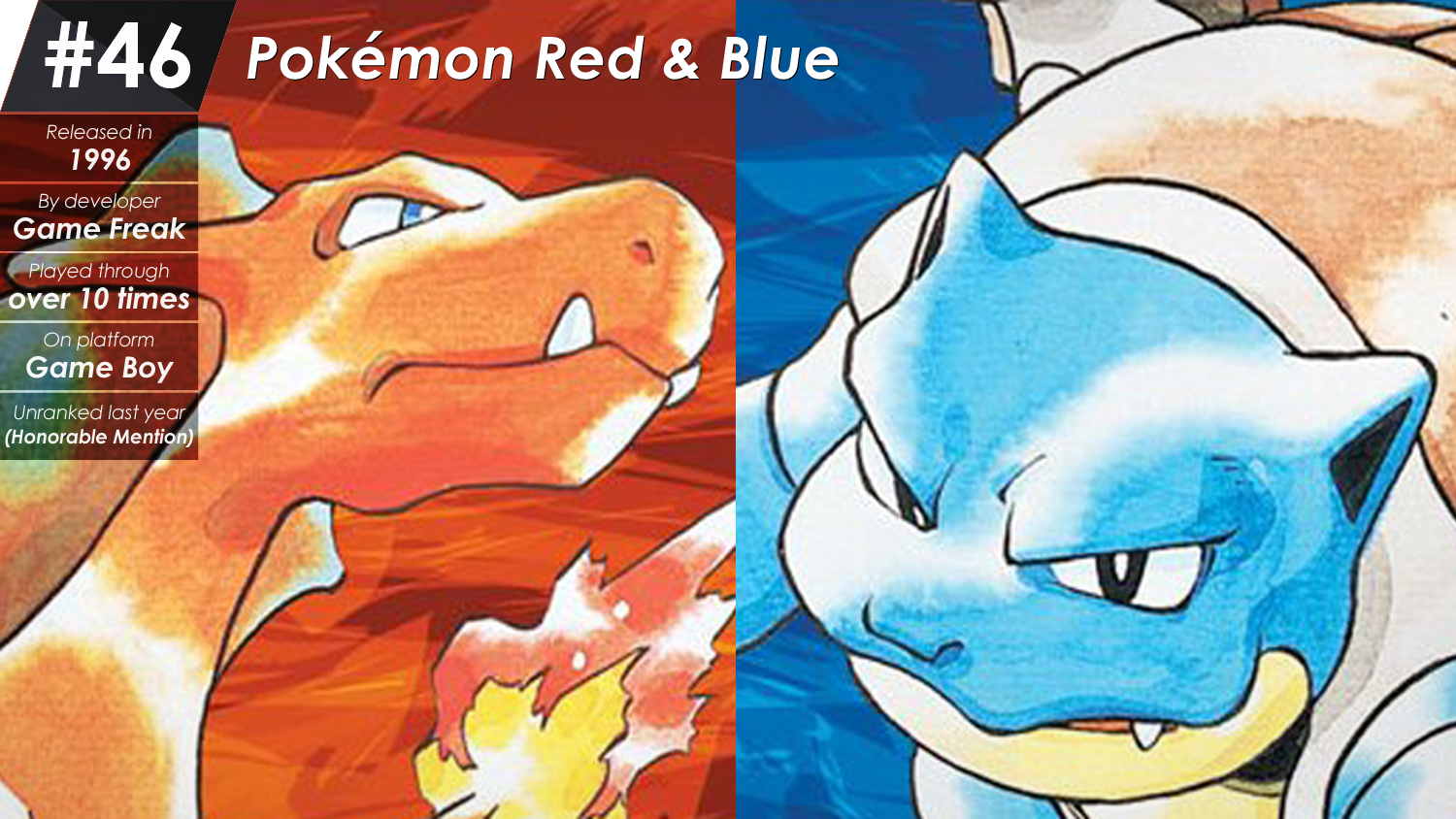 They weren't around last year because I always remake my list from scratch, and they're back this year because I always remake my list from scratch. I'm not sure why I left these guys out last year, but this year I felt it was important to represent every game that was meaningful in my life, which Pokémon obviously was (and still is), and Red & Blue were the start of it all. It's funny how these came to be in my life - of course, as a kid I always watched the Pokémon anime, but I didn't have a Game Boy growing up, that is until a certain person offered us (me and my brother) one in exchange for either our Mega Drive or Super Nintendo. I wanted it in exchange for the Mega Drive of course, but my brother didn't care about the Super Nintendo and eventually he had his way (with the excuse that I "agreed" to it... I'm the younger one, of course I'd agree with him!), unfortunately taking A Link to the Past away from my childhood (I was surprisingly far into it for a non-English speaking kid!). It was fine, though, because POKÉMON! As you'd expect, there was quite some save file chaos with me and my brother sharing the Game Boy and only one Pokémon game (Blue), but playing this growing up was very special - though not as special as their sequels, which will come up way higher on the list.

Years after, a friend of my brother saw our GBC and offered us a GBA in exchange for it - we were a little confused, but he said he preferred the GBC because of nostalgia, since that GBC was actually his and was stolen (!!!). Just everyday life in Brazil, I guess lol. We ended up never getting any GBA games so it was quite useless to us. Oh well.

(I thought it was more interesting sharing this story than talking about the game, because there's nothing to talk about - it's Red & Blue after all.)